IT'S NEVER TOO LATE TO FOLLOW YOUR DREAMS AND SEW.

So I have be scrounging up patterns for you lovely readers to try and uncover more RepliKate patterns for you to make your own one of a kind RepliKate. These dresses are just some of the many that I have found matches for after looking through the archives of several different pattern makers. (note: I’m working on compiling a 2017 post for you all as well so be on the look out over the next month.)

Kate has been known to shake things up a bit with her wardrobe and one of the many ways she has done this is by embracing the color block trend. During the 2016 Jubilee Parade the Duchess wore, Roksanda Ilincic’s, Marwood Color Block Dress. This blue and pink sheath dress flattered her figure so well and was super fun for the celebration. 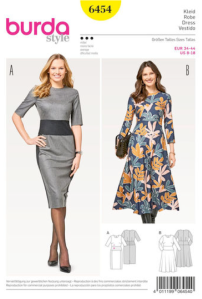 My pattern match for this dress would have to be from Burda Style, number 6454 view A. There are a couple minor alterations that I would make to the pattern to make it match exactly and they would be to remove the right stripe down the side while thinning out the left side stripe and bringing it up through the waist band. Other wise a solid dress choice if you are looking for a color block dress to wear to the office.

A Hollywood Debut in Alexander McQueen

The Duchess wowed the crowd in a stunning, lavender, Alexander McQueen gown on the Hollywood red carpet during her first tour as a royal.

This beautiful gown flows effortlessly and has some very unique draping to the skirt. The overlay of the skirt is draped in a way that it parts like a split would when you are walking. 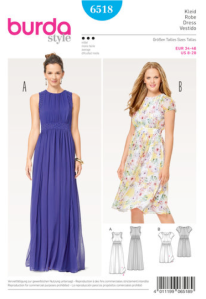 The closest match I found for this dress would be Burda Style number 6518 view A. Now with most of the patterns I find this too needs some slight alterations. If you wanted to make the dress as is but have it more like the dress that Kate is wearing then you will need to add a cap sleeve and change the neckline to a boat neckline. To make it an exact copy of Kate’s dress you would also need to play with the drape of the skirt so that it flows in the same manner. 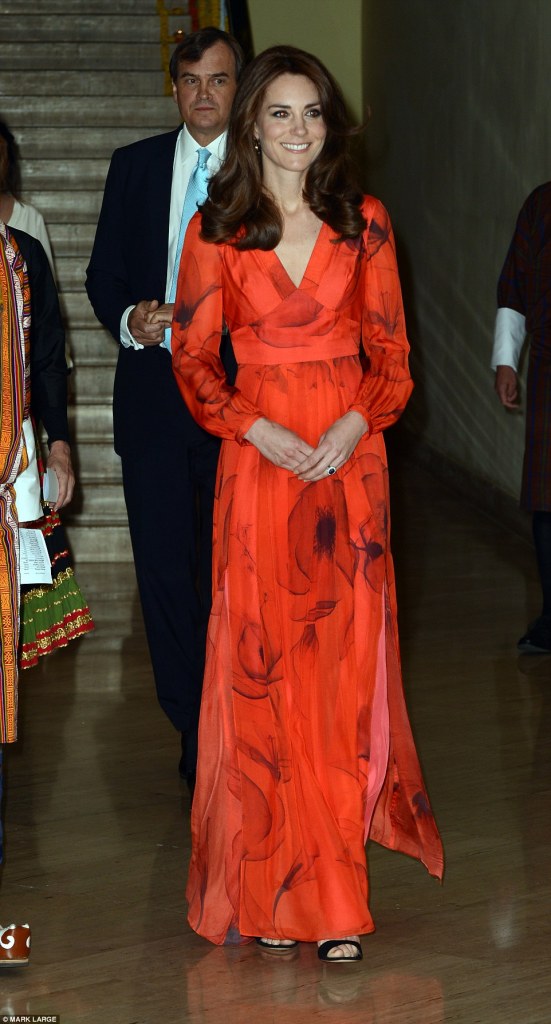 Kate wore a red Beulah London gown to the Thimphu reception in 2016. This silhouette is not uncommon to us on Kate as she has worn it a couple of times in the past and most recently.

In 2012 she wore a floor length, green, gown with little peplums on the side and a slit on the left side for the BBC awards show. While in 2017, she wore a midi length dress version for her sister’s wedding.

The pattern that I find most similar to all of these dresses is the Alix, by indie brand By Hand London. With an added slit on each side it would be a dead ringer for the red poppy dress, shorten the hem line and add side peplums for Kate’s bridesmaid dress, and you could even narrow the skirt, add a single slit on the left and peplums to replikate her green BBC awards show.

I hope you’ve enjoyed this round of pattern matching, if you have any requests let me know in the comments below what other dresses I could match for you. I will be sharing a 2017 match later on this month.